You dont have javascript enabled! Please enable it! 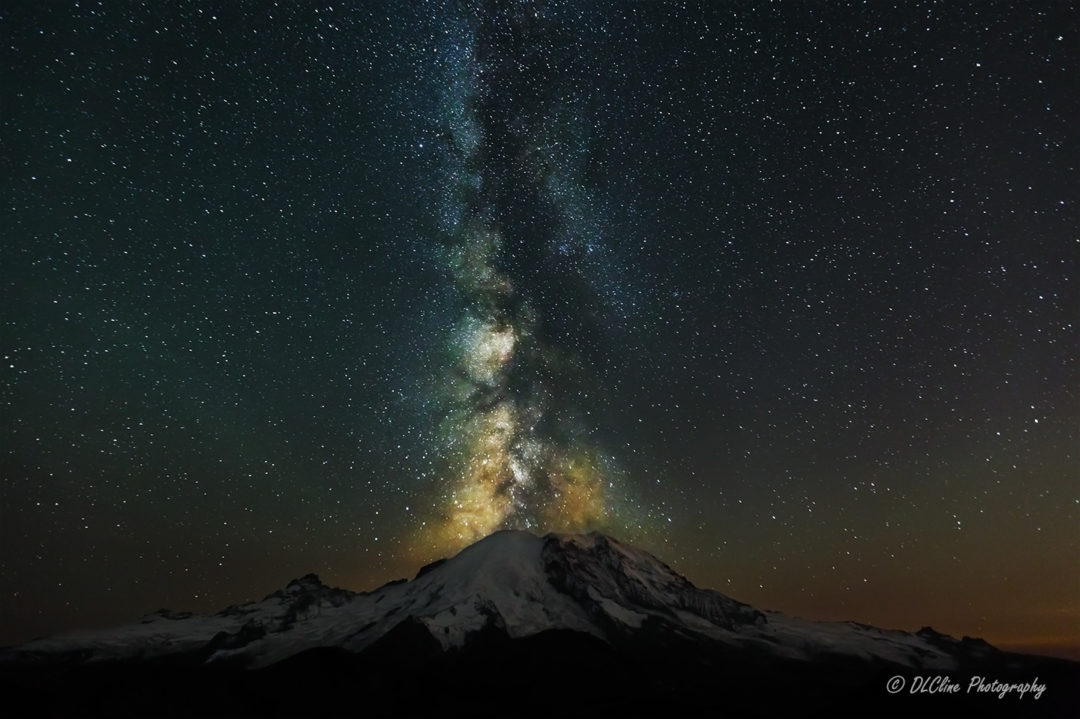 Mt Rainier in Washington state with the galactic core of the Milky Way lined up to the peak of the mountain.

This image proves that persistence pays off and is a constant reminder to never give up.
This image took me a total of three years to capture.
The galactic core of the Milky Way is only lined up within a short three to four day window each year from this particular location when there is no moon in the night sky. I hiked three miles into the foothills of Mt. Rainier from the Sunrise Lodge to get to the Fremont Fire Lookout area where this image was taken.
On my first attempt of capturing this image, Mother Nature decided to bring in cloudy skies once the sun went down. Since I wanted clear skies to capture this shot I was unable to accomplish my goal.
On the second attempt, one year later, I had similar results as the first – clouds rolled in as the sun went down for the night, which blocked the stars and lessened the result that I was looking for.
But, I did not go home empty-handed on these first two trips. I just had to change the style of image I could to take under the circumstances.
On the third attempt, two years after the first, I got lucky during a long, dry summer and when the sun went down, no clouds showed up to block the stars. So I set everything up and was able to accomplish my goal of finally capturing this image.
This is the result of three years of persistence and never giving up.